While sandblasting, PJ realized that this van probably flipped over at some point in the 1950's. The roof was full of lead which would have been used back then, the same way we use bondo today, to straighten things up. PJ literally had to use a torch and a grinding tool to "get the lead out"! 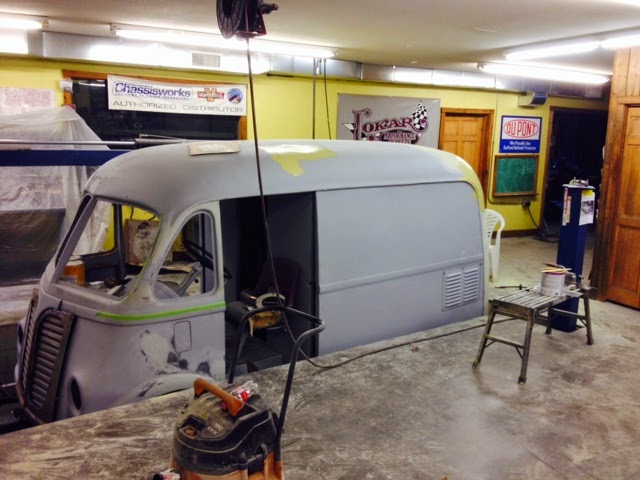 Once the old repair work was removed, bondo was applied to the roof...lots and lots of bondo. Here goes the first gallon of bondo. PJ had to lower the van into the pit so that I could reach the top. 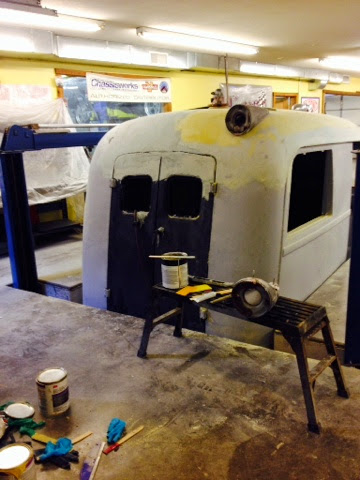 More bondo ..... and some really cool retro flasher accents. These are actually 1941 Chevrolet big truck headlight canisters. PJ turned the canisters around and mounted them on the roof. He re-shaped the roof (with more bondo) to create that cool retro look of vintage flashers. 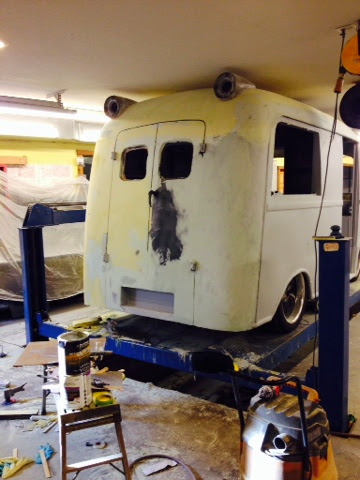 22 gallons of bondo later and the roof is repaired and meets PJ's strict standards. The van is so tall it almost touches the roof of the garage when it is brought out of the pit. 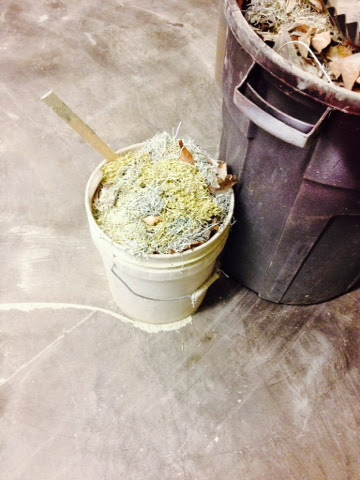 Here's about 5 gallons of bondo shavings. 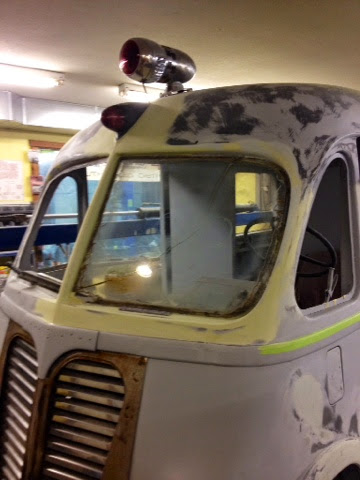 PJ is using more bondo to help the windshield lay nice and flat. 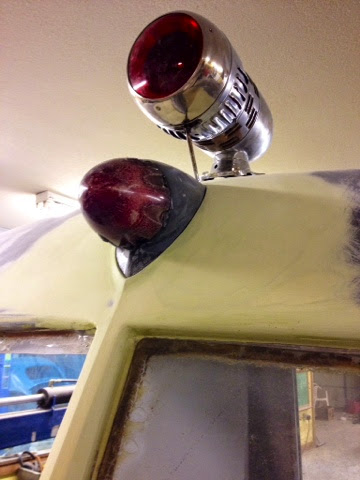 PJ has used bondo to "French" in the light on the top of the van. This light came off of a 1930's Plymouth. With that PJ is done with bondo.... At least on the roof. Next stop, primer!
Posted by Cheryl at 6:25 PM No comments: