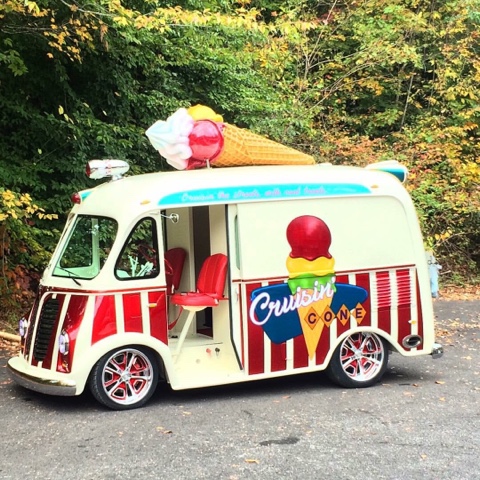 The Cruisin Cone is currently being featured in the Axalta Coating Systems display at the 2015 SEMA show in Las Vegas.  The paint is definitely the one element of this project that made the whole thing come alive.  While the paint has only been complete for a short time, PJ has been planning for the paint for a long time. 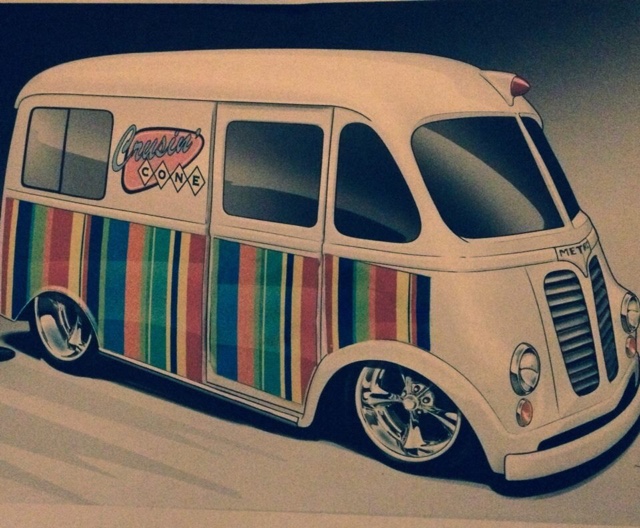 At one time, the ice cream truck was going to have a retro tiki vibe with the idea of selling shaved ice. That moved to just a retro ice cream truck but PJ's early idea had a Mexican blanket vibe. 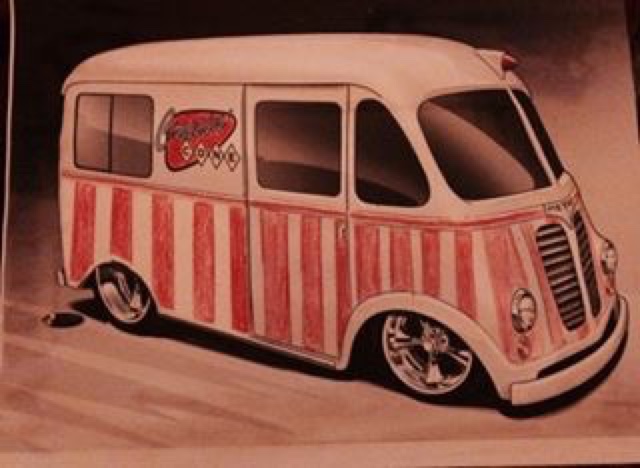 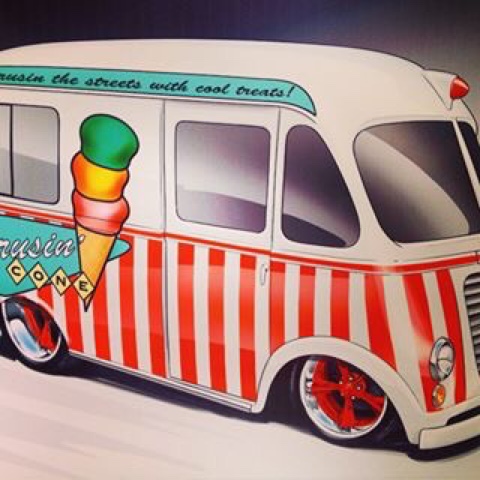 Eventually the logo was enlarged and an ice cream cone (with 3 scoops in the colors of a traffic light) was added. Here's the working concept drawing that was created just before SEMA 2014. 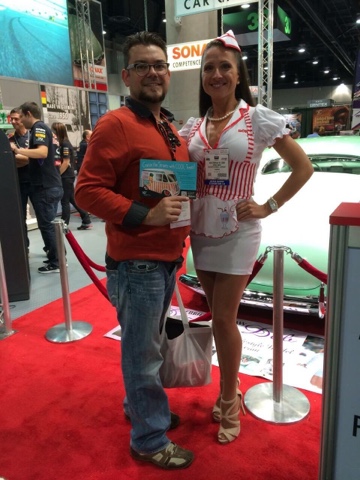 Here's PJ at last year's SEMA show with the brochure about the project, drumming up sponsors. Apparently he was also checking out potential uniforms. Uh, huh. Right! 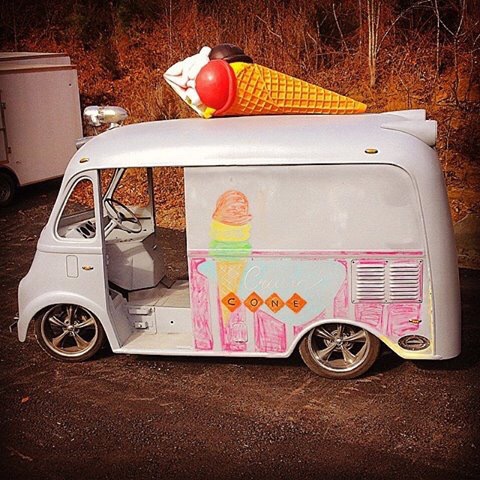 Here's an early mock up of the final paint design in but done in chalk. 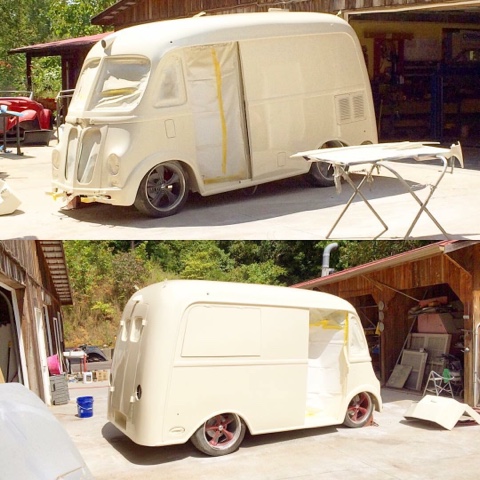 Fast forward to early autumn 2015. With only a few weeks until SEMA, the body work was FINALLY finished and the Metro Van was ready for paint! 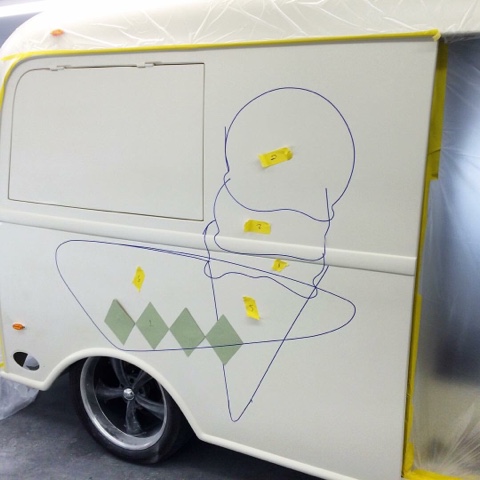 The logo being outlined. 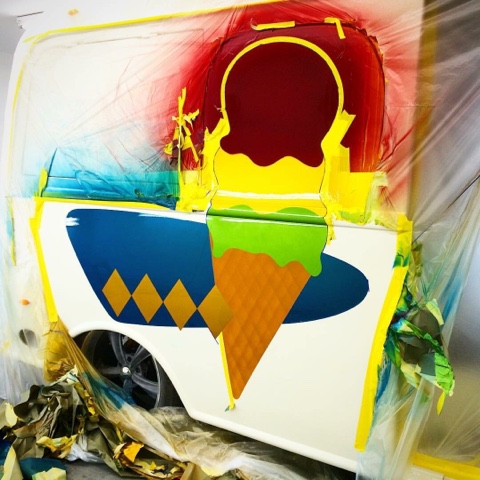 Taping and painting the initial layers. 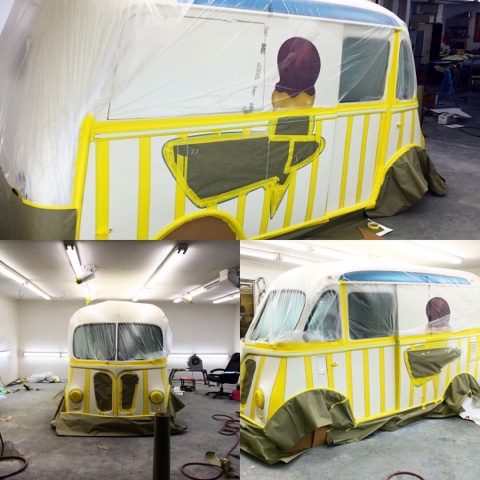 Masking and taping the stripes. 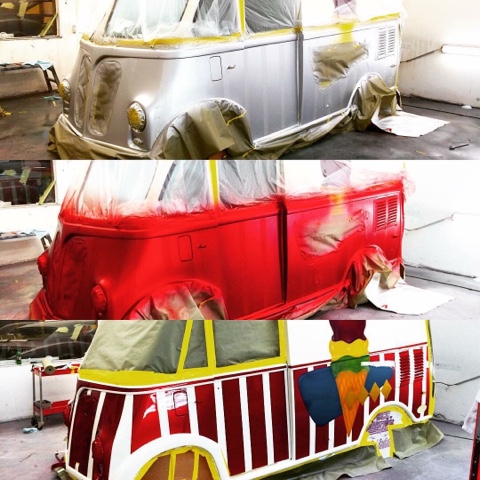 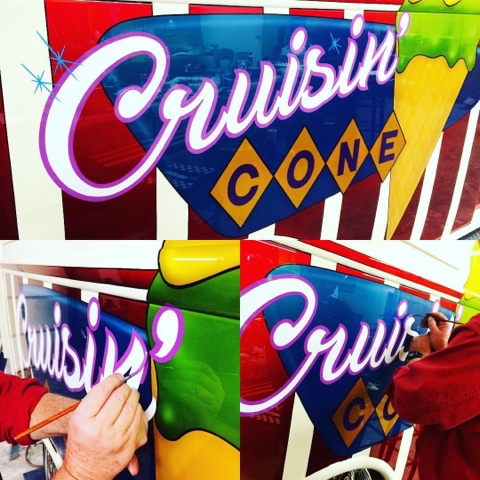 Hand lettering and pin stripping by Howard Horn (www.pinstripesbyhoward.com) and the Cruisin' Cone was ready for Las Vegas! 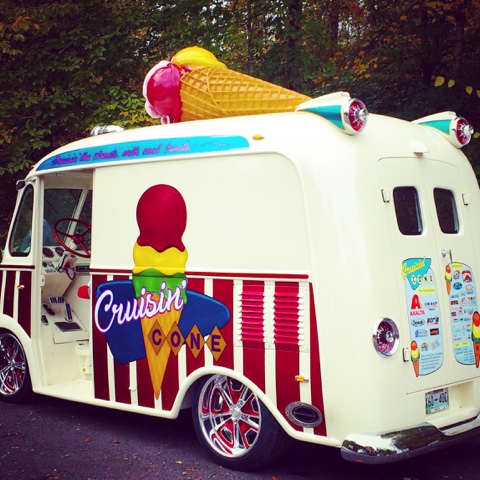