The SEMA Show was four days of amazing awesomeness, but it was only accessible to Industry professionals. So on Friday night, after the show ends, SEMA hosted SEMA ignited. 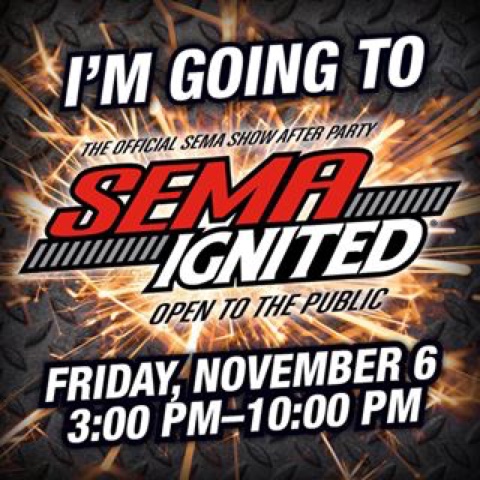 Several hundred cars from the show are selected to parade from the convention center to the event and The Cruisin Cone was there! 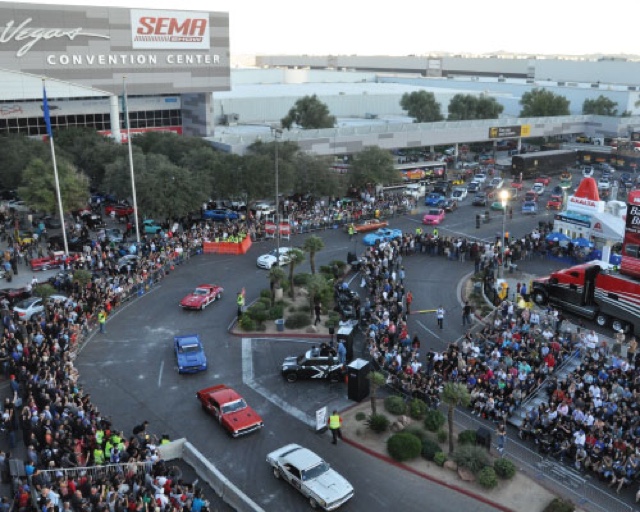 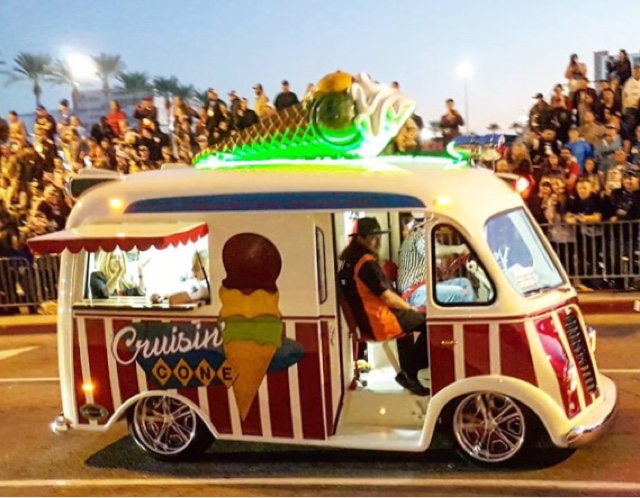 I'm really grateful for all the pictures of our ice cream truck that have been popping up on the Internet. 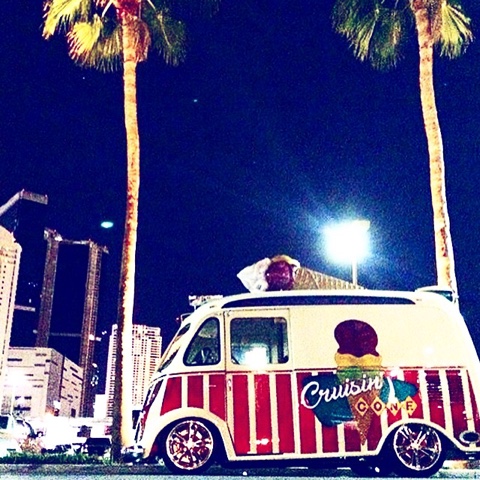 Here are two that show off the colors and the lights. 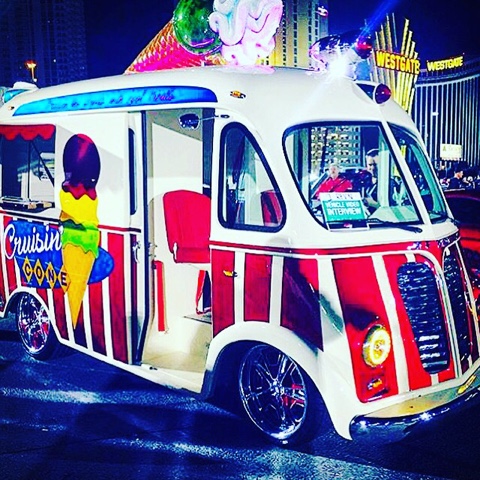 But the whole idea behind SEMA Ignited is seeing these cars MOVE so here are a few that I found. This is a video link to nice all around shot of The Cruisin' Cone lit up at night! And here is an Instagram video of The Cruisin Cone rolling through SEMA Ignited!